Posted on December 16, 2017 by paperbacksandpugs

‘Bless me Father, for I have sinned.’

Communion, not to be confused with the 1989 Christopher Walken alien movie, is rather like an American version of the Italian giallo film. A murder mystery, it features the requisite breathy, romantic score, broadly defined characters and religious imagery that pop up in so many of those films. Of course, there’s also a masked killer periodically offing the cast, here wearing a yellow raincoat. And also like some gialli, the screen just seems to go dead when there’s no killing happening.

The first 15 minutes is easily the best part of the film. Little Alice is intensely jealous of her younger sister Karen, played by…Brooke Shields! Okay, so her name doesn’t really mean much to people nowadays, but once upon a time Brooke was a big star thanks to films like The Blue Lagoon and…well, it’s mostly just The Blue Lagoon. I’ve never seen it, and I’ve never met anyone who’s seen it either, but it was a big deal in 1980. 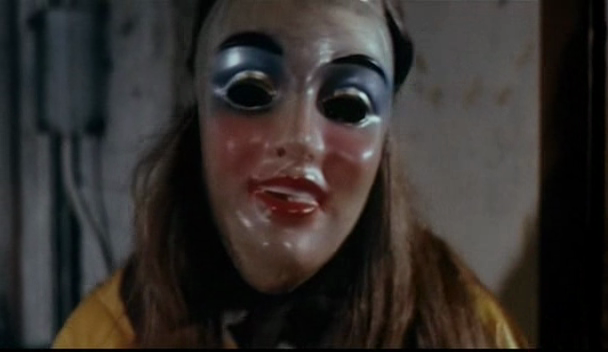 Anyhoo, Karen is murdered at her first communion by a killer wearing the same jacket and mask as Alice, who naturally falls under suspicion. Did she do it? Well, I don’t want to spoil it, but a quick glance at the cast list would probably tip you off. It’s like in the James Bond film Goldeneye, where Sean Bean was murdered in the first 10 minutes then turned out to be the ‘surprise’ baddy, despite being prominently in the opening credits. The killer here is not a well known actor, but if you want to keep it a surprise I wouldn’t look too closely at the credits on IMDB, lest you start wondering why that particular supporting character is billed so highly…

In 1976 we were still a few years off from Halloween and the start of the slasher cycle, so the murders feel very spaced out, much more so than would become standard in the early 80s. This should give the film time to breathe and develop its characters, but honestly, they’re more caricatures than characters. The jealous sibling, the screeching sister-in-law, the fat paedophile, the cuckolded husband – there’s not a likeable or interesting one amongst them. Even the cops are oddly repulsive – when discussing Alice, who is twelve years old, one of them says, ‘She is a weird little girl. You notice her tits?’  Can’t say I did, you fucking creep.

The middle section falls into a real lull, with lots and lots of family drama and things with psychiatrists and lie detectors and other totally uncinematic stuff like that, and the film never recovers. Even when the killer strikes, they’re so incompetent that they end up stabbing people in the feet and shoulder. The mystery itself is revealed 75 minutes in, leaving the film to drag its bloated corpse around for another 30 useless minutes. 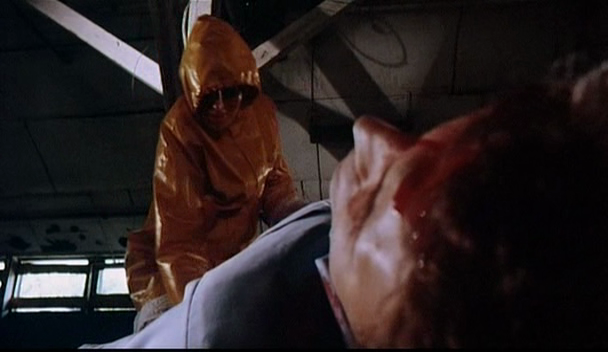 There’s a couple of saving graces – the miserably rainy New Jersey locations add a downtrodden atmosphere to the film, and Alfred Sole’s direction is assured throughout. There’s plenty of unusual Argento-style shots, but that can only maintain interest for so long.

As for its place on this list, the violence is mostly restrained, though I suppose the murder of a young girl would be enough to send moral crusaders into a panic. There’s also a fleeting bit of animal violence that is really nasty, when Alice grabs a real cat by it’s tiny head and swings it around. It’s one of many unnecessary moments in a film that  is positively chock full of them.