Posted on February 2, 2019 by paperbacksandpugs

In America, exploitation is a genre.’

When I was a little kid, I used to get some friends round and we’d make our own home movies, riffing on whatever horror/action flick we’d enjoyed that week. By age twelve, we started trying to add more production value, like music and special effects. We even tried to do opening credits, which we achieved by writing the names on a sheet of paper and filming them. It looked terrible, even for a pre-teen’s home movie, so imagine my surprise when Revenge Of The Boogeyman opens with title cards done exactly the same way. In fact no, scratch that, because at least we managed to do it without getting our hands in the shot, which is more than can be said for this film. Don’t believe me? Check out John Carradine’s credit, and the hand holding it up in the top right corner.

Revenge Of The Boogeyman might not be the worst Nasty, or even the most boring, but it’s without a shadow of a doubt the laziest. Barely running 75 minutes including the slowest moving end credits on record, approximately half of the running time is footage from the original Boogeyman. The idea is a good one – Lacey, played by a returning Suzanna Love, goes to Hollywood where she is courted by producers who want to make a movie out of her life. A supernatural slasher running amok in early 80s Tinseltown? Sounds good! 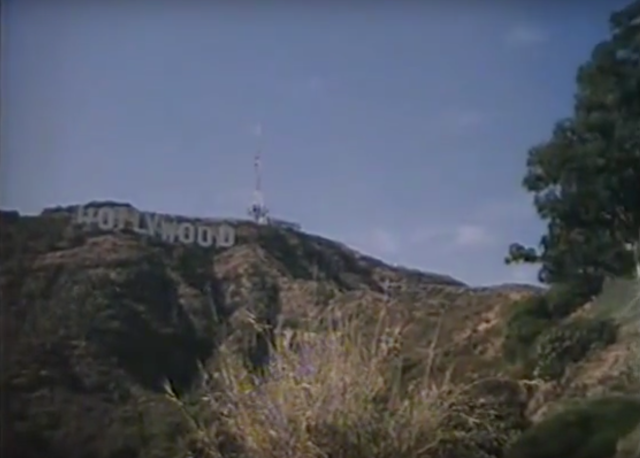 But Ulli Lommel has other plans. In what feels like some kind of crazed Roger Corman-esque conceit, the entire first half of the movie consists of Lacey telling her story through flashbacks to the original film, with occasional poorly lit cutaways to the people she’s talking to. It manages to successfully condense that movie into just over half an hour, cutting out all the faff and just leaving in the sex and violence and in a perverse way, it’s an improvement. With that out of the way, we are left with about 30 minutes of new movie, which consists of obnoxious Hollywood types sleazing on women and then dying in the most ridiculous, absurd ways possible. One couple gets attacked by an electric toothbrush and shaving foam, but my favourite is the girl who is looking under a car and then a magical floating ladder spanks her on the ass and she falls forwards, fellating the exhaust pipe with her mouth and choking on the fumes. It’s pathetic and incompetently made, but horror seems to be the last thing on Lommel’s mind here. In fact, the whole sorry affair plays out like some kind of satire. But a satire of what?

Initially it seems like a piss-take of Hollywood. The guests at the party are all vacuous airheads or coked-up sleazebags, and are lit from below by torchlight like they’re kids pretending to be a monster to scare their friends. They talk of ‘All the culture you can take – The Hollywood Bowl, the Universal Tour,’ and take potshots at Brian DePalma for wasting money on Blow Out. So yeah, it’s probably Hollywood that Lommel has it in for. 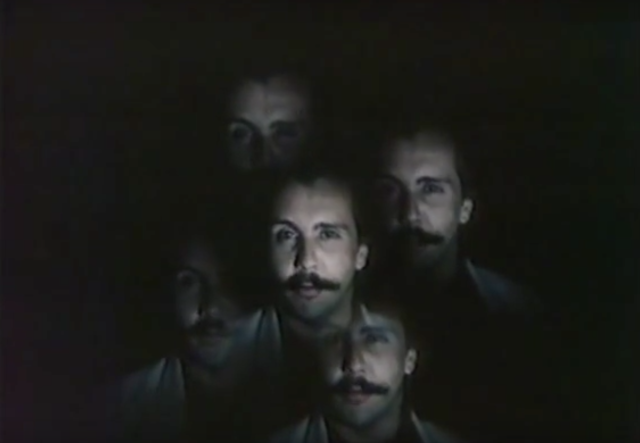 But then, I can’t help but feel he’s having a go at us, the horror film fans too. Only someone with absolutely no respect for his audience whatsoever could release a product as slipshod and unfinished as this as a ‘sequel’ to a well-liked original. It’s as if he’s saying that horror fans will literally watch any old garbage, whether it’s recycled footage from two years prior or just some low budget junk he shot with his friends by the side of a pool. It’s insulting.

All the while, Lommel, who basically stars as himself, strides around in an LA baseball cap, reading Kenneth Anger’s legendary Hollywood tell-all book Hollywood Babylon, deriding the idea of making an exploitation picture like he’s some kind of fucking master filmmaker who should never be expected to lower his standards to work in something as grotty as a genre picture. His character, Mickey, is seen as the hero, the only person in Hollywood who wants to make films for art, not commerce. Well I got news for you Ulli – you already ‘sold out’ by making The Bogeyman, so it’s a bit late to be whinging and moaning about it now. If it wasn’t for that film, you’d probably be all but forgotten about by now.

It’s rare to see a film that has such contempt for itself and its audience. It says ‘fuck you’ to Hollywood and ‘fuck you’ to us, but the biggest ‘fuck you’ should be reserved for Ulli Lommel, for making this crap and deciding it was even releasable. At one point, some asshole says, ‘There is no boogeyman honey, you were only dreaming.’ Oh, but if only that were true!

What a sad and sorry end to the Video Nasties.