Hello, all of my books are available on Amazon.

When Ana Logan agrees to go on holiday to Thailand with her estranged sister Rachel, she hopes it will be a way for them to reconnect after years of drifting apart.
But now, stranded on a seemingly deserted island paradise with no radio and no food, reconciliation becomes a desperate fight for survival.
For when night falls on The Forgotten Island, the dark secrets of the jungle reveal themselves.
Something is watching them from the trees.
Something ancient.
Something evil.

Combining the cosmic horrors of HP Lovecraft with the grimy sensibilities of the Video Nasties, The Forgotten Island is an outrageous old-school horror novel packed with mayhem and violence.

Praise for The Forgotten Island –

“Lots of sex, violence, gore and laughs – this one is sure to be a hit with classic and modern fans alike!”
Sadie Hartmann, Scream Horror Magazine

“This book read like a blood-drenched love letter to Lovecraft, and didn’t hold back on the splatter factor. But what impressed me more was Sodergren’s masterful control of dread[…]this book is handled with impressive authority and confidence.”
James Fahy, author of The Changeling series

“Nothing is going to prepare you for the mayhem Sodergren throws at you once he shows his cards. A novel packed with with old movie references, gore, violence, humour, wit and originality.”
Gavin Kendall, Kendall Reviews 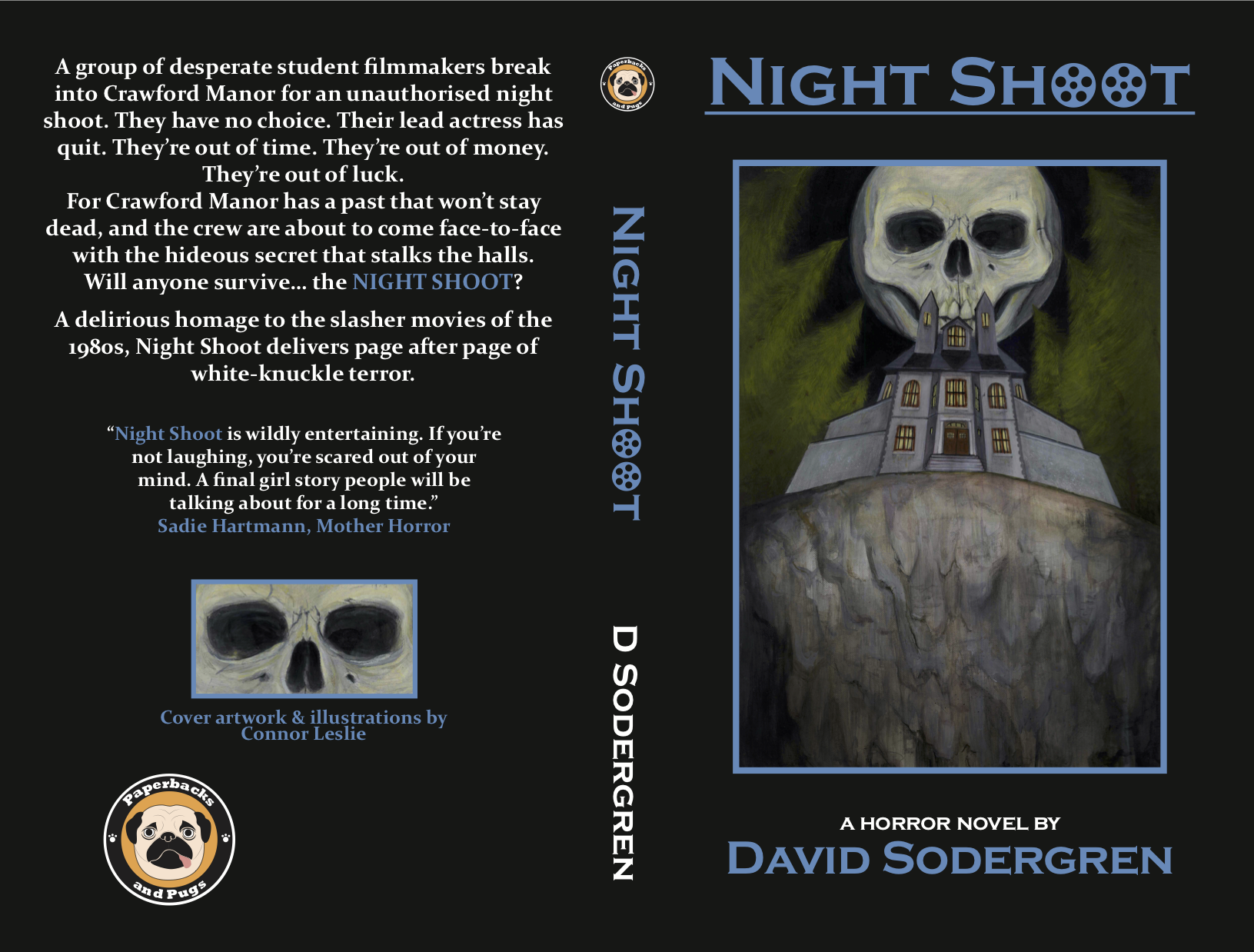 A group of desperate student filmmakers break into Crawford Manor for an unauthorised night shoot. They have no choice. Their lead actress has quit. They’re out of time. They’re out of money.

They’re out of luck.

For Crawford Manor has a past that won’t stay dead, and the crew are about to come face-to-face with the hideous secret that stalks the halls.

Will anyone survive…the NIGHT SHOOT?

A delirious homage to the slasher movies of the 1980s, Night Shoot delivers page after page of white-knuckle terror.

“Night Shoot is wildly entertaining. If you’re not laughing, you’re scared out of your mind. A final girl story people will be talking about for a long time.”
Sadie Hartmann, Mother Horror

When a young woman dies in Willow Zulawski’s arms, it sets in motion a chain of events that will push her to the brink of madness.

A mysterious video is the only clue, but as Willow digs deeper into the murky world of snuff movies, those closest to her start turning up dead. Someone out there will stop at nothing to silence her.

After all, when killing is business, what’s one more dead body?

The small Scottish town of Auchenmullan is dead, and has been for years. It sits in the shadow of a mountain, forgotten and atrophying in the perpetual gloom. Forty seven residents are all that remain.

There’s nothing to do there, nothing to see, except for a solitary grave near the top of the mountain.

But sometimes the dead don’t stay buried. Especially when they have unfinished business.

“Relentless, atmospheric folk-horror. Enhanced by Sodergren’s gift for eerie settings and relatable characters, Maggie’s Grave is the perfect way to kick off your spooky season reading.”

Laurel Hightower
author of Whispers in the Dark and Crossroads

“Maggie’s Grave is everything I love about a good horror story; slithery as a snake, with a nasty wee bite that will sting for a while. Compelling, immersive, and unashamedly Scottish.”